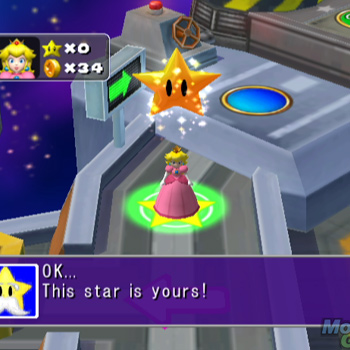 This is the fifth entry in the Mario Party series and features similar gameplay as its predecessors. Up to four players compete on one of six game boards in an attempt to collect the most stars by the end of the game. Stars are placed one at a time on the game board, and the first player to reach a star may purchase it for coins. Coins can be earned by landing on certain spots on the game board, by winning the mini games which take place between turns, and occasionally by landing on an event space. Mario Party 5 features over 70 new mini games, features new characters you can play as (such as Toad or Boo ghost), and new bonuses can be found to help you out or bring misfortune. In addition to the standard party mode, several other game variations are included: story mode where one player competes against Bowser and the Koopa Kids, mini game mode where you can play any of the unlocked mini games, and super duel mode where two players can battle each other.