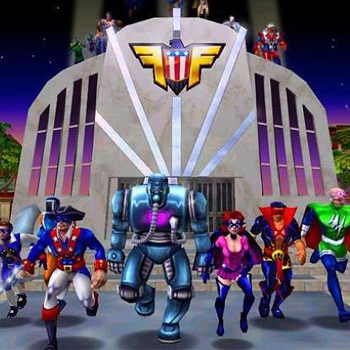 From a distant corner of the galaxy, an evil alien race sets in motion a sinister plan to conquer the Earth. They unleash a powerful catalyst - Energy X - that imbues the planet's worst miscreants with super-powers to bring the planet to its knees. Now Earth's only hope lies with a new breed of heroes... The Freedom Force! Command a squad of comic book heroes in the defense of Patriot City. Choose from over a dozen heroes or create your own comic champions. Fight for freedom in over 20 action-packed missions. Restore order in a completely interactive 3D world. Take your heroes online and join the fight in multiplayer mode.