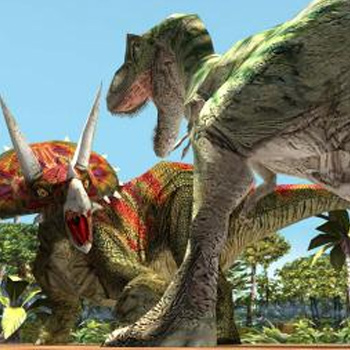 This game came with a barcode scanner accessory which was used to scan barcodes which were then converted to DNA  pieces in the game. The plotline was rather strange for a Jurassic Park story. It revolved around an evil scientist at InGen taking over the park with an army of dinosaurs and clones of people called Primos that were recreated from an ancient tribe that once resided on the island and referred to the dinosaurs as the "Great Protectors". In the game a group of kids try to save the park by using dinosaurs which can be controlled by a radio transmitter that submits commands to the dinosaurs to fight the evil scientist's dinosaurs. The DNA pieces were used to modify the player's dinosaurs. The player controlled multiple dinosaurs, and issued commands in real-time during fights.