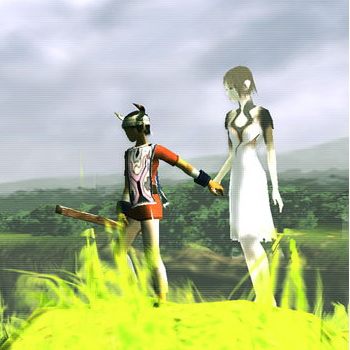 Ico is boy with horns. At the age of twelve when his horns grew large enough the elders sent him away to be sacrificed to prevent evil spirits from attacking the village. Entombed in a crumbling ancient castle Ico only manages to begin his escape when a freak earthquake shakes loose the vessel he has been locked in.

Ico shortly meets a Princess named Yorda who has also been imprisoned by the evil Queen. Ico must negotiate the puzzles of the ruined castle and escort the Princess to safety. She cannot climb or jump as well as Ico so he must clear or create a path where there is none. Yorda is the only one capable of opening the many magical doors necessary to escape. Ico needs her as much as she needs him, so he must protect her from the many evil spirits that will try to take her away.

ICO is a modern day classic reminiscent of the Prince of Persia meets Myst set in an elaborate and beautifully rendered 3D environment.