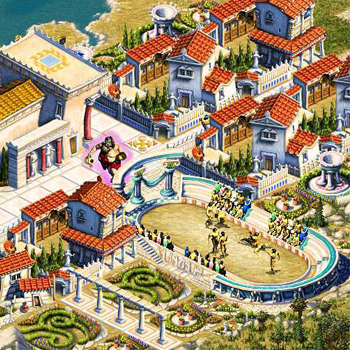 Zeus: Master of Olympus is a Strategy game, developed by Impressions Games and published by Sierra Entertainment, which was released in 2000.

Recreate your favorite legends from Greek mythology as you build and rule beautiful city-states. Help Hercules defeat the Hydra, Odysseus win the Trojan War, or Jason retrieve the Golden Fleece. You'll make friends in high places, get involved in the affairs of immortals, and even meet Zeus himself.