No One Lives Forever 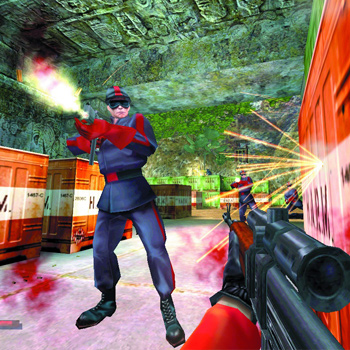 In No One Lives Forever, you assume the role of Cate Archer, a beautiful, but deadly operative working for UNITY--a super-secret organization fighting to free the world from the clutches of H.A.R.M. From tense subterfuge to in-your-face combat, the game features spy action influenced by the 1960s and killer weapons, including a rocket-launching briefcase, a robotic poodle, and exploding lipstick. Through 60 levels of exotic locales, you must battle deadly arch villains, fight off killer sharks, skydive from a plummeting airliner, and explore twisted jungles.