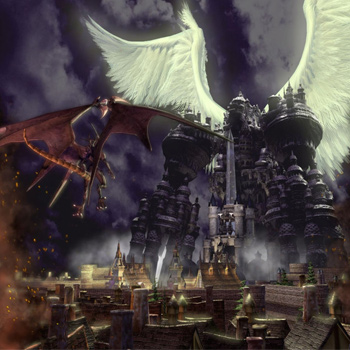 "Final Fantasy IX" tells the story of Zidane, the member of a team of theater actors who also happen to be a gang of thieves, and Garnet, the princess of Alexandria. Zidane and his buddies first plan to kidnap Garnet from her mother's palace. But shortly after the kidnapping, they realize the queen of Alexandria is up to something evil. Zidane, the princess, and other characters they encounter on their journey decide to join forces and to find out what can possibly drive the queen to commit her cruel deeds.