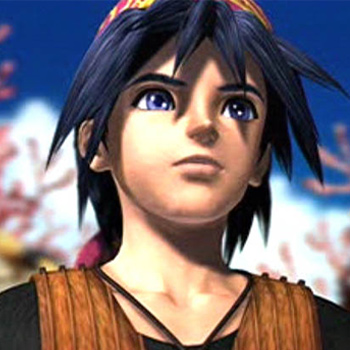 Sequel to the Super Nintendo RPG hit Chrono Trigger, CHRONO CROSS  expands on the excellent story-line of its predecessor and combines cutting edge graphics with a dynamic battle system making it one of the most highly anticipated RPGs of all time.

Featuring a story line developed by the creator of Chrono Trigger and XENOGEARS, CHRONO CROSS has been christened the "Best RPG Creation" by its development team. With multiple scenarios cast along a single story thread and many different endings, each replay can result in an entirely new adventure.

In addition, a brand new battle system makes combat smooth and innovative by introducing an elemental field system and combo system that gives the player unparalleled flexibility in their fighting options. The elimination of random battles also quickens the pace of the game and places the choice of where to battle in the player's hands. With characters designs by a famed Japanese illustrator and music by the original Chrono Trigger composer, CHRONO CROSS features visuals and sounds that bring its magic to life.