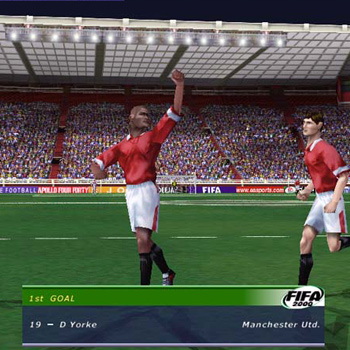 FIFA 2000 strikes the dawn of a new millennium of FIFA Soccer titles. As the companies flagship series for the majority of the 1990s, FIFA Soccer has become a household name among both hardcore gamers and even the general public. Now the head-honchos at EA Sports have decided that it is time for yet another FIFA licensed release, and with the new release comes the opportunity to market the world game to an even greater audience. Now players can select from fourteen domestic leagues, roughly forty-eight international squads, browse through any of the various teams from rest of the world category and play as anyone of the forty classic clubs that EA Sports have managed to create from the history books.