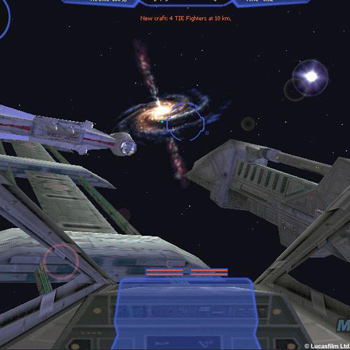 A neutral family fights for its business-and its survival-and is swept up in the struggle against the enroaching Empire. You must defy the strong-arm tactics of a rival family who will stop at nothing to destroy your trading company. Ultimately, you will join the Rebel Alliance for a series of covert assignments and uncover information about the Empire's second Death Star project. The finale? You'll find yourself at the controls of the legendary Millennium Falcon, flying against the massive Imperial fleet in the Battle of Endore. X-Wing Alliance puts you right in the middle of the epic Star Wars conflict-and takes space combat excitement to new heights.