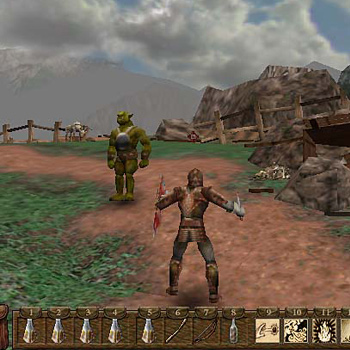 Ultima IX: Ascension (1999) is the ninth and final part of the main series of the computer role-playing game series Ultima.

Following the Avatar's escape from Pagan, he is transported back to Britannia for one final battle with the Guardian, who is increasingly ruining the physical and moral fabric of that land. He must restore the Runes of Virtue, cleanse the shrines of the Guardian's taint, and restore the people to the way of the Virtuesnow knowing that he will never again be able to return to Earth.