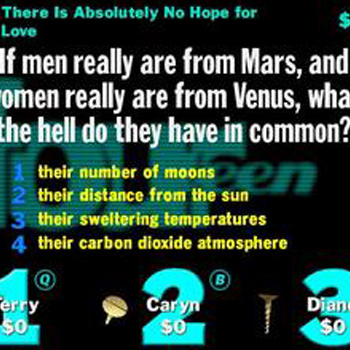 You Don't Know Jack: Offline is a Trivia / Game Show game, developed by Jellyvision and published by Sierra Entertainment, which was released in 1999.

The games are known for their humor and challenge, as well as simple presentation. The games are presented as if they are a television game show, complete with an emcee who is heard, but not seen. Players compete for a monetary  score by answering trivia questions. With some rare exceptions, the games never use graphics, and instead rely only on animated text art for visual content.