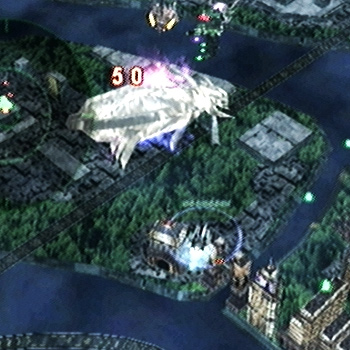 Ten millennia after the initial wave of colonization of the universe, humans have developed into distinct races adapting to their newfound homes. While there is peace between the races, there is no sense of unity. This all changes when, without warning, a bio-mechanical Armada wages war on the whole of humanity. Now as a starship captain representing one of the six main races of humanity, your charge is to take the fight to the Armada and save humanity.

Gameplay consists of commanding a starship as you explore the universe, taking out Armada opposition where you see it. Along the way you can take missions and answer calls for help which will provide you with valuable experience and credits to upgrade your ship. In this way, you can build your strength until you are ready to take on the Armada full force in an attempt to end the threat once and for all.