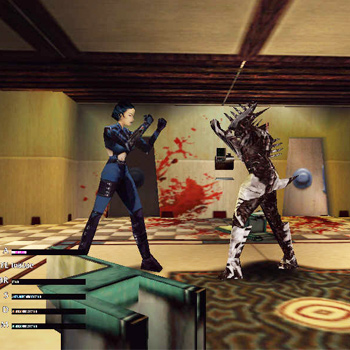 Set in a futuristic parallel universe in the domed city of Omikron, Omikron: The Nomad Soul boasts unique detailed graphics, including facial motion capture, and asks the enigmatic question: "Who will you be after you die?"

You work to stop the evil Prince of Demons from taking the city and your soul. The game combines adventure, role-playing, interaction and combat with a deeply complex scenario to draw players into its shadowed depths. The theme is "virtual reincarnation" -- the ability that allows you to take over the body of the last person you touched before dying.