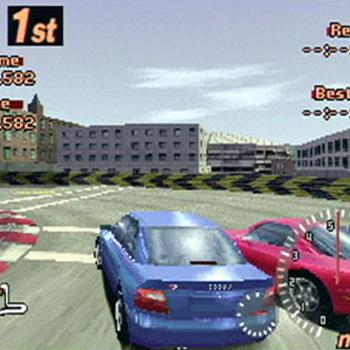 Gran Turismo 2 gives you a greater variety of racing than ever before. Speed across both dirt and road tracks as you test drive and race over four hundred of the hottest cars on the Earth; from the HP hungry GT makes to rally editions and high-performance picks of the general road.

Polyphony Digital's Gran Turismo 2 offers a selection of over 400 new and secondhand vehicles from a total of 33 manufacturers. American and European manufacturers have been included along with those hailing from Japan. Some of those featured are Toyota, Mazda, Nissan, Mercedes-Benz, Ford, Chevrolet, Aston Marten, and Alfa Romeo. Gran Turismo also features rally cars, high power special models, street sport cars, and more.

Gran Turismo 2 includes 21 road tracks ranging from city tracks in Rome and Seattle to the more official raceways of proper GT competition. Six brand new rally courses are also offered, but only the best handling vehicles will be able to conquer these courses.