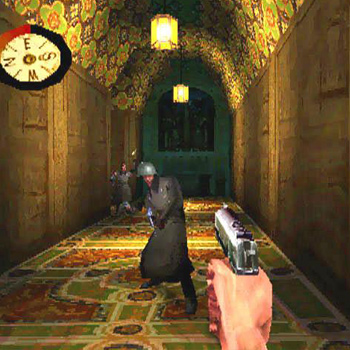 As U.S. secret service officer James Patterson, you must embark on highly dangerous missions, sometimes in the trenches, sometimes undercover, but always alone and always eliminating the German Nazi threat. The Nazis are equipped with the same weapons as you, and they know how to use them. Throw a grenade and watch soldiers scatter, or better yet kick a steel pineapple back in their direction before it blows.

Missions are divided into challenging levels that include infiltrating a U-boat pen, destroying a war train while disguised as a German officer, or powering through a squad of Gestapo in a quaint French town. A mixture of stealth fighting and action movie bravado, using each with prudence is essential for successfully completing levels.