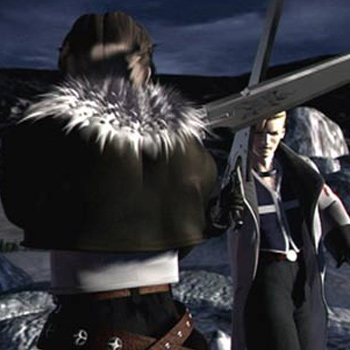 Squall Leonhart is a young man, whose only wish is to become a member of SEED - a special fighting unit, the dream of all the young students in Balamb Garden. Squall's social life can be described as non-existent: he's not friendly, he's not nice, and at times he's simply rude. He seems to control his gunblade much better than his tongue. But all this starts to change gradually when a lively, charming young woman enters his life - Rinoa Heartily, the only one who is able to "reform" him and to evoke his deeply concealed feelings. Together with her and with his friends Squall fights against a witch who is intent upon bringing destruction and tyranny to the planet, provoking a war between two countries... but nobody suspects that beneath this lies a much more sinister and dangerous conspiracy.