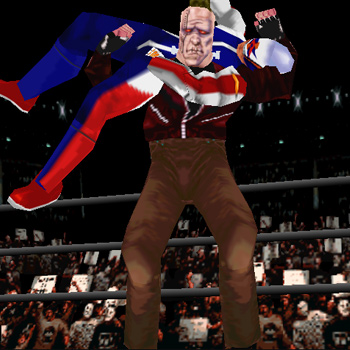 WCW/NWO Revenge is the much anticipated sequal to THQ's smash "WCW Vs NWO: World Tour". With greatly improved graphics, animation, roster, control and much anticipated 40 man 'battle royal', Revenge is a definate step up over it's predecesor. Take control of one of 50 WCW wrestlers (and 10+ fictional wrestlers) such as Sting or Holywood Hogan and battle through for any of the 5 differnt title belts with full statistical tracking of wins/losses/draws and new replay mode you can gloat in your victory or powerful move over and over again.