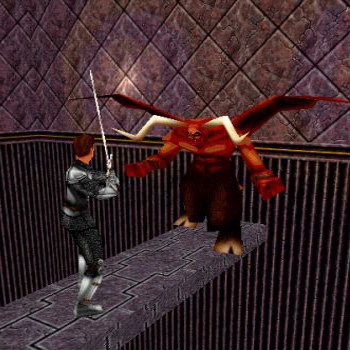 King's Quest: The Mask Of Eternity is the eighth installment in Roberta Williams' long-running and famous King's Quest series of PC adventure games. This time, you don't play as Sir Graham, but as Connor, who must find pieces of the Mask Of Eternity, which have been scattered throughout the land, to make his homeland of Daventry alive again. Along the way, he encounters danger in many different environments. This is the first installment in the series to be in 3D, and is more of a platformer than the prior installments of the series. It is fueled by point-and-click puzzles and action, none of which are too complicated.