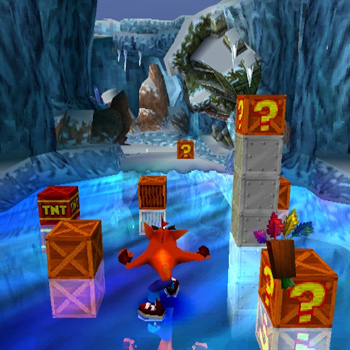 After the last battle with Crash Bandicoot, Cortex is thrown down to Crash' island. In a cave he finds a crystal which he finds out holds great powers. Cortex plans to use these powers for an improved Cortex Vortex which will turn everyone on Earth into his mindless slaves. But in order to do that he has to find 25 other crystals to power the Cortex Vortex. He recruits his old enemy, Crash, to find them, but Crash doesn't know about Cortex' evil plans.