As president and CEO of The Entertainment Software Association, Michael Gallagher represents game publishers in the political arena. He has been instrumental in making the economical and political environments safer for game publishers, helping game companies reach new creative and financial heights. Prior to working for The ESA, Gallagher served the United States Department of Commerce, the National Telecommunications and Information Administration, and as President George W. Bush’s top telecommunications advisor.

I look forward to speaking to D.I.C.E. attendees about the remarkable impact they are having on conversations across our economy and society -- and some of the warning posts that may lie ahead.

Speaking of warnings, is gaming in a safer place politically than it was during the time of Jack Thompson and Leland Yee?

Without a doubt. Across our conversations with policymakers and third parties, we increasingly hear a greater understanding of video games and those who play them, as well an appreciation for the positive role our industry plays in the economy and society. This is also reflected in daily media coverage of our industry, which frequently recognizes and highlights the many ways video games have become integrated into our daily lives.

This shift is due in part to our historic victory before the U.S. Supreme Court in 2011, when the Court struck down Mr. Yee’s law and affirmed that video games are expressive works entitled to the same First Amendment protections as other forms of entertainment and art. While we know there is still appetite among some legislators to target video games, we also know that the Court’s ruling provides a strong defense against future attempts to restrict content that is fully protected speech under our Constitution.

We also remain steadfast in our efforts to engage policymakers and opinion leaders about how video games can improve the way we live, learn and work. Today’s games bolster our economy, strengthen our education system, inspire artistic expression, increase our chances for workplace success, improve the delivery of healthcare and help tackle important social issues. In the US today, there is a hunger for amazement and growth -- and our industry specializes in both.  The misplaced ad hominem attacks of Yee, Schwarzenegger, Blagojevich, and Spitzer have been replaced by scores of governors, senators, and federal and state legislators who are champions of interactive entertainment.

In regards to gaming’s social and political stability, is the general public more informed about gaming than it was 10 years ago? Or is it a matter of people growing up with games holding positions of power and influence now?

It is a mix of both. As our industry has developed more innovative games and game technologies, our audience has broadened, matured and diversified. More than one-billion people play video games worldwide, including more than 150-million Americans. Here in the U.S., the average game player is 35 years old and has been playing for 13 years. Interactive entertainment has grown to become a universal experience, and as a result, there are more people who are more familiar with video games across education, business, government and many other fields -- including those in leadership positions.

Are there any concerns or threats the mobile gaming segment faces that the console and PC business do not?

In many cases, the challenges that game companies face have more to do with the increasingly interconnected and digital nature of our world than a particular device. For example, issues surrounding virtual currencies, privacy and data security, and content protection -- as well as the deployment of friction-free, high quality content ratings -- impact console and PC game developers as much as mobile developers.

Do you foresee any unique challenges and problems the VR games business will face?

As a relatively new technology with the potential to transform the way we experience entertainment, virtual reality will invariably face challenges from those unfamiliar with it -- particularly policymakers, regulators and parents. Emerging media have historically been met with responses ranging from great excitement to skepticism and fear. This has been true of novels, comic books, rock-and-roll music and movies. It is human nature to be suspicious of what we do not know or understand, and there is certainly a great deal of speculation surrounding virtual reality. 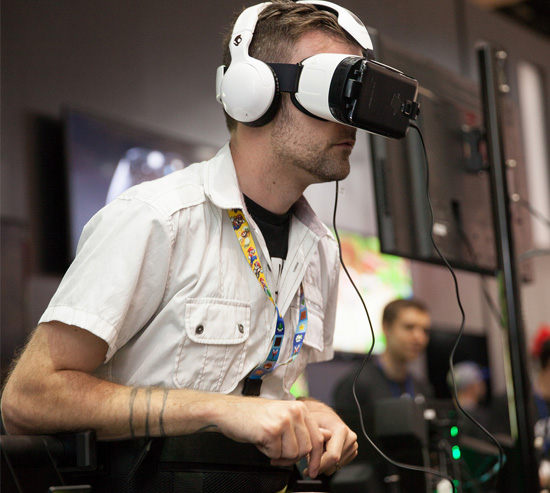 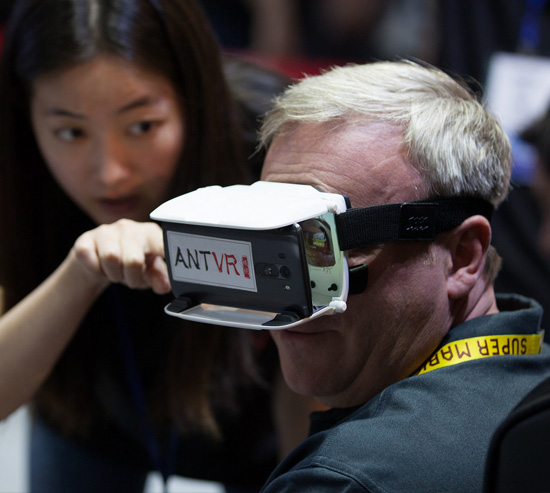 I expect some of the challenges virtual reality companies will face will be quite familiar, whether in the form of attempted content restrictions and questions about violence, concerns around consumer privacy and data sharing, or global piracy. These are just a few of the broad issues that our industry has faced or continues to face -- some of which may resurface as virtual reality continues to evolve.  Our industry’s critics that have been pushed to the sidelines will no doubt see this as an opportunity to get back in the game.

The ESA is working to proactively address these and other potential issues by introducing policymakers and other industry stakeholders to this cutting-edge technology and educating them about its tremendous potential to positively impact our society. We know virtual reality technology will both entertain and drive advancements in other fields. Its continued development promises to stimulate job growth, creating lucrative, high-tech positions here in the U.S. and bolstering our economy.

Moving from virtual reality to actual reality, E3 has evolved tremendously since the mid ‘90s. What aspects of E3’s growth are you proudest of?

I am most proud of the fact that E3 continues to be the premier global event for video games across all platforms and devices. E3 evolves and changes continually to embrace emerging platforms and showcase our industry’s innovation. New exhibitors and new innovations make the show different every year, but the one constant is that E3 dominates the world stage each June and drives conversations about our industry and the future of digital entertainment year round. It is the place to get a glimpse of where not only video games but entertainment and interactive technologies are headed -- something we could not have achieved without the support and leadership of our member companies and our world-class exhibitors.  I am most proud of the unique and highly-successful formula we have deployed since 2008 that fuses the creative energy of the world’s biggest brands with a high quality audience under the roof -- and the extension of that chemistry online, generating tens of billions of worldwide connections with consumers around the globe. 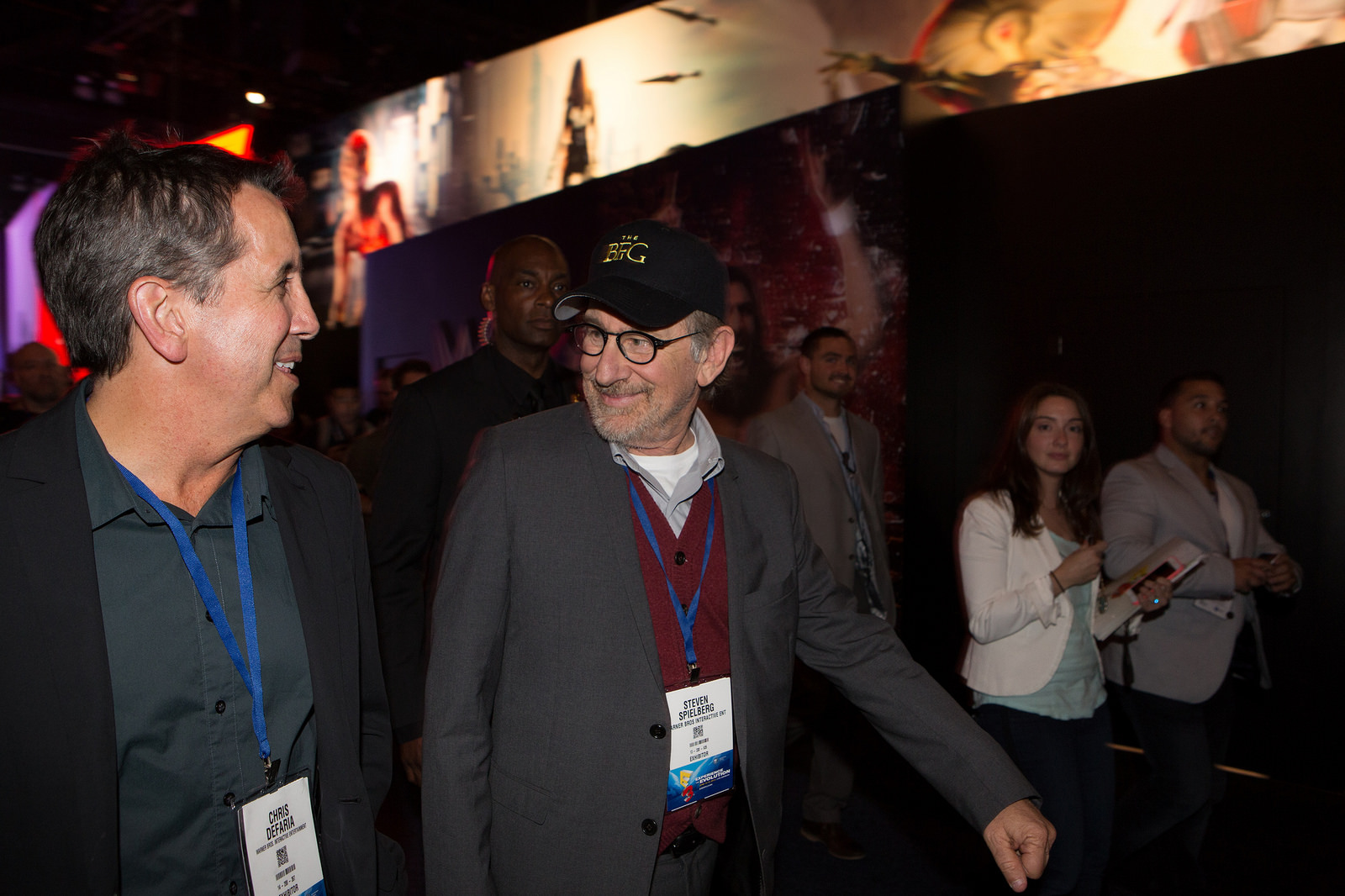 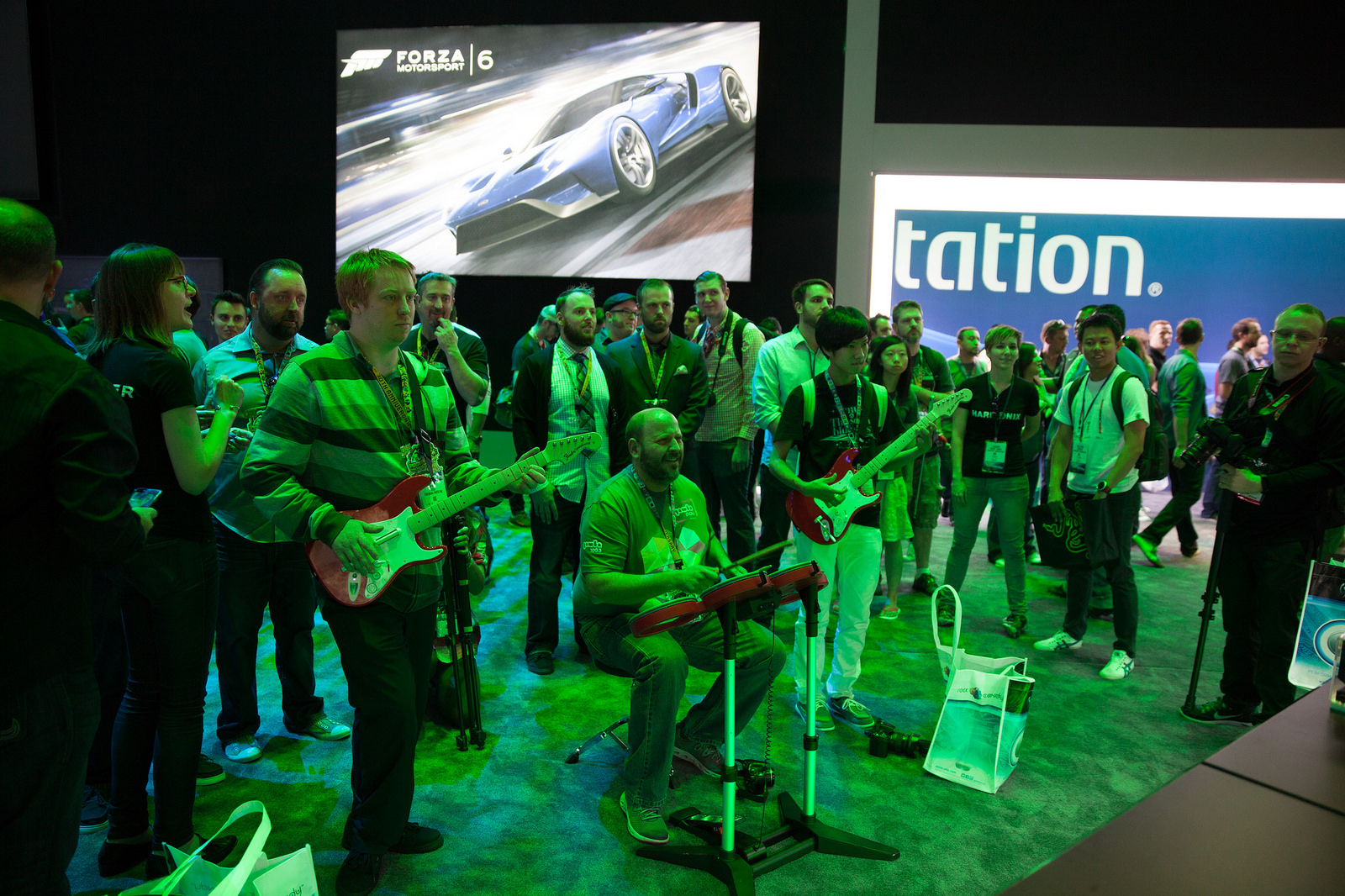 Given the rapid pace at which our industry innovates, it is impossible to know what E3 2025 will look like. Consider this -- 10 years ago, motion-sensing game technology did not exist. Now it is a key capability of any console, and enhanced sensor technology is a foundational element of virtual reality. 15 years ago, online game play was primitive and rare.  Today the Internet infuses every game and every gamer’s experience.   With our industry’s artists and creators continually pushing the entertainment envelope, I cannot predict the future, but I can guarantee you that E3 2025 will be even more exciting and full of innovation.

In a recent report from The ESA, it was stated that, “California, Texas, Washington, New York, and Massachusetts currently have the highest number of video game jobs.” What are some of the states with highest growth potential for gaming jobs?

Strong and growing video game companies are prominent in every region of the U.S. Florida, Illinois, Pennsylvania, Oregon and Colorado are also key centers of industry employment. The video game industry in Nevada and Missouri recently experienced significant growth, expanding by more than 40 percent from 2009 to 2012. Every state has an opportunity to foster video game industry job growth, if public entities and private companies are willing to collaborate and create a favorable business environment for game publishers and game developers that encourages their growth. An investment in the computer and video game industry is a wise investment for any state’s economy and future. We stand ready to work with anyone who agrees.

How effective have government incentives, such as those offered in Louisiana, been in bringing game jobs to states that don’t have many of them?

Our industry thrives where there is a high degree of talent and a business-friendly environment. By introducing enticing tax incentives, states can lure cutting-edge game publishers that grow and create jobs at a rapid pace while stimulating technological innovations and expanding the impact of games on our daily lives.

I would highlight Texas’ Moving Image Industry Incentive Program as one clear example of how such programs generate real, positive economic impact. After the Texas Legislature implemented and enhanced the incentive program, direct and indirect employment at video game companies grew to 18,000 workers in 2012, a 49-percent growth since 2009 when the digital production tax credit was adopted. These workers earned on average more than $100,000, and the industry added $765 million to the state economy.

Numerous state officials recognize the potential for the entertainment software industry to create jobs, spur technological innovation and produce revenue, and are working with our industry to develop new facilities and encourage game production in their communities.

As Internet bandwidth increases, so does piracy. What can publishers do to protect the work of game developers while still be consumer-friendly?

The video game industry is a leader in providing value and best-in-class entertainment for consumers. From updates to downloadable content and engaging experiences in online game play, we always keep customers as the top focus.

Register for the event here.