Steve Gaynor is co-founder of independent game studio The Fullbright Company. He was the writer and designer of the Company's critically lauded first game, Gone Home. Prior to this, he worked for a number of years as a designer on the BioShock franchise.

At the upcoming 2014 D.I.C.E. Summit Steve will be speaking on "Strangers in a Strange Time." We live in a strange time - is it a golden age, or a gold rush?

The landscape is changing-- because we're at the crest of the wave of first-generation indie success, and the indies that made those breakthrough games are now about to release their second titles. What does this mean for new indies now entering the field-- and for the rest of the games industry?

Currently I'm playing Legend of Zelda: A Link Between Worlds, Papers Please, and starting a new game of Dark Souls. Variety is the key to a healthy diet.

Gosh, it seems like that changes all the time. I'm excited to see what Shinji Mikami does with Evil Within. Enemy Starfighter looks incredible.  I'm really interested to see what the released version of Quadrilateral Cowboy looks like. And I'm sure hoping there will be more The Last of Us on the horizon... 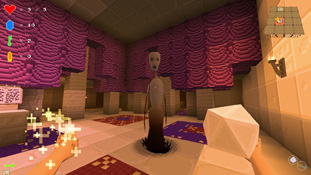 My friend David Pittman made an awesome indie game this year called Eldritch. It's a fantastic & surprising intersection between roguelike dungeon crawlers, Minecraft, Cthulhu, and immersive sims like Thief and BioShock. I loved it a lot-- it's a ton of fun, and brings together a bunch of stuff you wouldn't expect, but they fit just perfectly.

I'll admit, literature has had less of an impact on my creativity than has film, television and theater. My writing is much more focused on pure dialogue and character voice. So filmmakers like Billy Wilder (Double Indemnity, Sunset Boulevard, The Apartment) and the Coen Brothers (Miller's Crossing, Fargo, No Country for Old Men) and their approach to dialogue, character, and expressing

thing visually are inspirations I come back to. On Gone Home specifically, we referred back to My So-Called Life as a touchstone for the tone and feel of the time and narrative, and I kept David Lynch's interior lighting setups in Blue Velvet in mind when lighting the house in the game.

Patsy Cline, Loretta Lynn, Dolly Parton, June Carter... for reasons that I'll be able to elaborate on sometime in the not-too-distant future.

Mostly my PC, really nice Bose noise-cancelling headphones, and sometimes a wired Xbox 360 controller. Occasionally I'll turn on my 360 or PS3... but it's usually to watch a DVD these days, now that I think of it. My 3DS also gets some play, off and on.  But I'm a PC gamer at heart, and love being able to load up my Steam library and dive into everything from indie releases to big blockbuster titles. 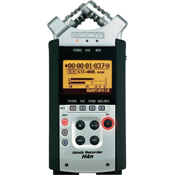 I guess my Zoom H4n portable recorder-- I've been recording a podcast where I go around and interview other game developers, and the H4n provides great quality and portability for a lot of different recording situations. Only downside: the TSA loves stopping me and searching my bag when travel with it! They say it looks like a stun gun...