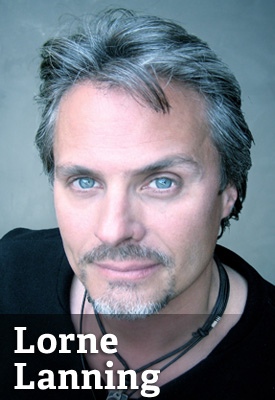 Lorne Lanning co-founded Oddworld Inhabitants with his partner, Sherry McKenna, in 1994. His Oddworld games, based in a universe where the dark side of globalization meets the consumer funny bone, have sold nearly 7 million units and garnered dozens of awards not only from the game industry, but also from the music, television, film, and animation industries - as well as illustration & design annuals. In 2008 Oddworld re-emerged as a self-published independent studio bringing its library of titles across various digitally distributecd networks in over 20 languages. Their latest in-the-making title was showcased by Sony as an iconic representative of their support of the increasingly relevant self-published indie development communities.

At the D.I.C.E. Europe conference Lorne will be speaking on “Properties of the Apocalypse” where he will take attendees on a journey across the macro intent of his studios design ambitions toward creating "trojan horse media.” Also, he will discuss how and why Oddworld's character creations and story lines aimed to target an increasingly disillusioned audience.

The only game I've been playing that uses a controller is New & Tasty, still in dev. Beyond console, I've been focused on touch screen mobile games. Sinister Planet, Zombie GS, Rage HD, Bouncy Mouse, and some new stuff in development from friends that I can't mention. I've also been playing a lot of Stranger iOS/Android (still in dev), which has been very eye opening. Surprisingly, Stranger's migration onto mobile has come along along far better than I suspected it would. Boiling down the fairly complex console interface into a simplified touch scheme that is still intuitive and gratifying - has been eye opening. It's working out far better than I imagined it would. Many surprises here for a hard boiled console designer like myself.

I do love how the rebirth of classic arcade sensibilities are fresh again on mobile. As a kid I was hardcore about dropping quarters into the classic coin ops, and its great to see their fast and furious short play style coming back into fashion.

I admit I haven't been this excited about gaming in over a decade. There are a lot of incredible looking AAA titles coming out on next gen and the indie scene is spicing things up quite a bit with wider innovations and creative offerings. There's a number of teams revisiting those classic styles of play and taking these older genres to new levels.  Genres that were left behind in the wake of the console wars. I love seeing these older genres getting fresh 21st century twists and treatment. Diversity always makes for healthier ecosystems, and finally we're seeing a great deal more of it being released by capable creators. The trend itself is more exciting than any single title, because it foreshadows just how much more we have to look forward to that we have yet to even imagine.

Limbo was a big surprise, even with its occasional maddening frustration factor with some of its more obscure puzzles, but its thick atmosphere, creepiness, and simple, elegant beauty was a completely refreshing addition to side scrolling. Journey was priceless. Such a great demonstration of what fresh thinking has to offer a medium afflicted with sequal-idous addiction and the tendency to grow stale.

Sesame Street showed me that pop could be fun as well as nutritious.  The X-Files demonstrated that a series could be far deeper, more relevant, more addictive, and more compelling than I had previously believed possible.

When you're daydreaming about the "next big thing", what are you listening to?

Either soundtracks that resonate with the vibe of what the new idea is, like Ennio Morricone's spaghetti western themes when developing Stranger.  Of if more creative and searching for an edge, I tend to dive more into electronica. Internet radio stations like Proton, Filth.FM, DI GlitchHop. I seek sound that is so texturally ripped apart, so highly processed, processed, and highly reconstructed that it winds up in zones we've never heard before. No other genre offends the taboo of classic sound and composition like some sub-genres do within the electronica space. Here is where the alien landscapes, languages, and movements go to get conjured. The rules are so highly torn to shreds and stomped on in this space that its full of surprises.  I also just enjoy listening to the gritty, tribal, and unfamiliar.

If I want more abstract or transcendent imagination to thrive, I might dive into some drone like Bar Owl or stations like DroneZone From SOMA or Machinengegiest.Org Radio.

Sinister Planet is so wanting me to get deeper into it, but without a controller I'm spending way too much time trying.

I've been addicted to Asteroids since it came out and until Sinister Planet I never felt like anyone beat the original, which I still play to this day. Then I found Sinister Planet and I'm completely addicted but wanting them to rebalance difficulty for touch screen (please guys!).

I would probably be spending a lot more time on a Facebook app if they made one that wasn't an entirely maddening experience.  It's incomprehensible how they can have that much money, that many people, and still can't get a basic mobile app right.

But its the basic iPad browser and Youtube app that eats most of my tablet time.

I also frequently find myself flying around cities in iOS google maps with 3D and Satellite layers on. On iPhone5 its crazy how far this has come. Particularly around the world's densest cities. With time it will only get higher resolution, and I can't help but think of the possibilities of Google maps/earth as it unfolds into a robust massively multi-player gaming platform. It seems inevitable and exciting in the possibilities.

It used to be grand and surrounding, today its largely on my mobile devices, typically experienced in bed or the spa. But this is simply because I now more than ever choose to experience most games thru Youtube viewing, not thru playing. I just don't have the time to play unless its something I must get my hands on to see how others have solved problems, or to play that rare special treat that just must be played to be understood (like Journey). But generally I get to sample a much wider variety of what's going on from watching videos and commentaries of other people playing than I could ever sample by sitting and actually playing with the huge investment in time that's required.But that pattern is going to upgrade when the PS4 comes out. It will mean a lot more time gaming back in the theater room in its full surround glory on the 60". 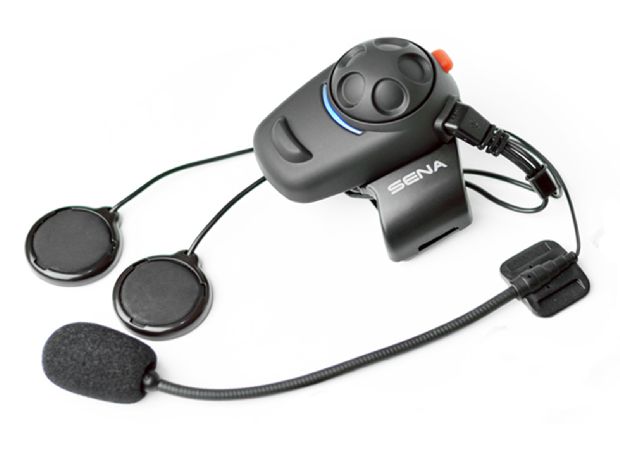 It's a Sena Bluetooth motorcycle helmet headset. This thing is awesome. You can be in the middle of freeway traffic and easily take calls. You can voice command to call back out which is a trip when you're on the road. I love being on bikes, but I hate missing calls. This device has solved the problem and if I'm running around the SF bay area I always prefer to be on a bike. Regardless of conditions there's never traffic, always parking, its always exciting, and now there's never a missed call.