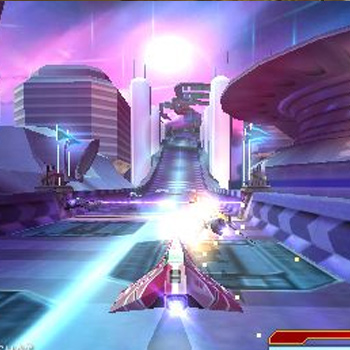 Wipeout Pure is a 2005 video game in the Wipeout series for the PlayStation Portable. The game was released simultaneously with the release of the PSP during its North American launch.

The developers expressed a desire to return to the handling of Wipeout 2097  and to make various changes to the track design. Most notably, the pit lane for recharging shields is absent, with the player instead able to replenish energy by absorbing the currently-carried weapon. The return to the style of past games and streamlining of the gameplay make up the "pure" essence of Pure. Pure uses the Wi-Fi  ability of the PSP for multiplayer racing.