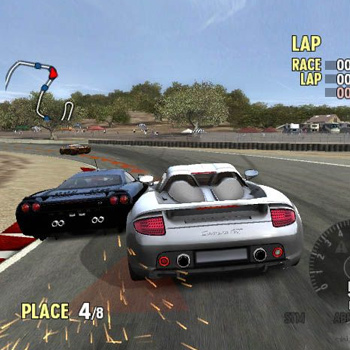 Like the cars and equipment, the game's courses are also based on real-world equivalents, so players can race through re-creations of famous runs such as the Nurburgring or the streets of Rio de Janeiro. Opponent behavior is influenced by the game's "Drivatar" technology, which is designed to learn and mimic the tactics and tendencies of human players. Gamers can train their own Drivatars, who can race for them or help train new members of their team. In spite of the customizable artificial intelligence, sometimes nothing beats racing against other gamers, so a number of multiplayer modes are supported through the Xbox Live service.