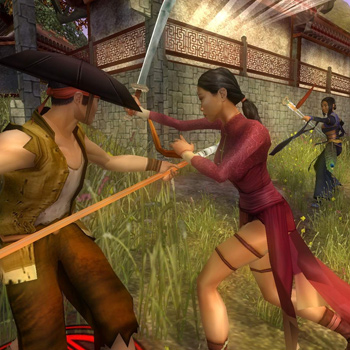 Set in the ancient, mysterious world of mythical China, players train under their master's watchful eye and learn powerful martial arts and mystical powers. When danger threatens, players travel across the world, from the harsh mountains of the Land of Howling Spirits to the lush gardens of the Imperial City. In their adventures, players face powerful human and supernatural foes, learn exotic and magical martial arts, and discover the darkest secrets of the world. Only by mastering the greatest fighting styles and defeating the most powerful enemies will players earn their place as a master of martial arts in the world of Jade Empire.