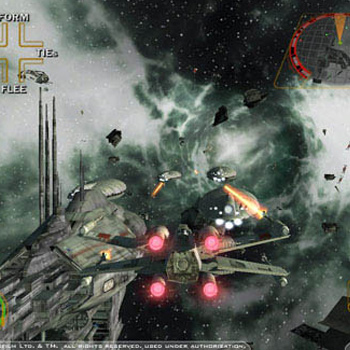 Think you've got what it takes to lead the elite Rogue Squadron? Now's your chance to jump into the cockpit of an X-wing and find out. Join Luke Skywalker and the Star Wars galaxy's most daring pilots as they return to face off against the Empire.

As in the original hit game for N64, you'll relive favorite Star Wars battles including the perilous Death Star trench run, a daring space attack on a Star Destroyer, and the legendary battle on the ice planet Hoth. Aerial conflict takes place in a variety of craft such as the legendary X-wing, A-wing, and B-wing. Rogue Leader immerses players in an intense action arcade experience.