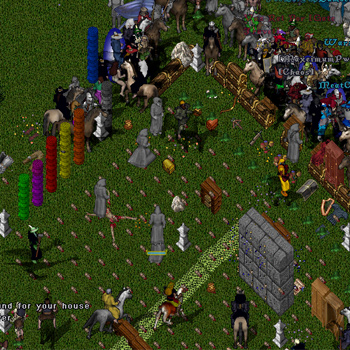 Ultima Online: Renaissance is the second expansion to the popular Ultima Online (UO) MMORPG. Released on May 4, 2000, it added content, fixed bugs, and made gameplay changes in response to common player complaints.

Prior to its release, the expansion was said to double the amount of room in the game, but that it would not use a duplicate of the map, rather it would be adding new content. It was later found in the previews that Renaissance simply added a mirror world under different rules. Felucca and Trammel were created, the first one with "player vs. player killing" allowed, and the second with only consensual combat.