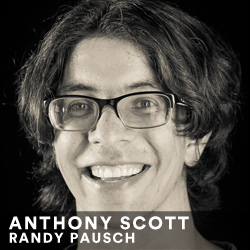 Anthony had spent a couple years as a web programmer before taking his passion for games to the next level by enrolling in Carnegie Mellon University’s Entertainment Technology program. There he has built several impressive games - a blind oculus game called Through the Dark, Slot Car Island and 81Monsters. We are excited to see what the future holds for Anthony as he journeys on to become a game designer.

Could you tell us your journey of how you became interested in the gaming industry?

Video games were a large part of my life as a kid. My cousins often tried to get me to go outside to catch lizards in the desert, but all I wanted to do was play games new to me on their Nintendo Entertainment System. I went to a magnet high school to learn computer science because a friend mentioned I played so many video games I might enjoy making them. Although she was right, they were fun to make, creating video games was a lot harder than it sounded. Many of my classmates gave up on computer science and games after high school. I stuck with it and sought out an entertainment technology minor at a liberal arts college in Incline Village, Nevada named Sierra Nevada College.

While at SNC, I learned to sketch, animate, and nearly changed my career path to animation as I fell in love with bringing things to life through drawing. The entertainment technology program had field trips to Los Angeles and San Francisco to meet game companies and attended GDC as a class. These trips gave me an up-close look at how games were made and the types of environments that surrounded them. I loved it, but I was also intimidated.

After graduation I moved back to my home town of Las Vegas with my then girlfriend, now wife. We stayed with my parents for a while to get on our feet. Then, real life took hold. I worked as a web programmer for 5 years between two companies. I got to work on games now and then, but not as often as I wanted. After a year and half long project I got the chance to design a game engine in ActionScript using a node.js backend. I started putting in extra hours on the project and really got into the design of the thing. The engine project eventually got cut loose because it was unprofitable. However, it had reignited my drive to make games for a living. Graduate school was the logical next step for me to gain the skills necessary to enter the industry. After applying and getting accepted to a few schools, I chose Carnegie Mellon University. My time at CMU’s Entertainment Technology Center has only confirmed I am on the right path and fully committed to making unique experiences in the field of video games.

What are some games that really inspired you?

Growing up, Ultima Online was the first online computer game I ever played. Being able to inhabit a fantasy world with thousands of other people at the same time blew my mind. For the most part I played the game by myself content to train up my skills in taming and magic to prepare for battling liches and elder gazers with my white wyrms and nightmares. But the fact that you had the chance of running into strangers who could be friend or foe was exhilarating.

This open world sandbox massively multiplayer online role playing game opened my eyes to the depth of elegant systems. The fact that you could create any character you wanted with just 700 skill points was freeing and made me feel in control of my fate. So many games before it, or since, have a best build for a class or character. Ultima Online was different. For one, the builds changed as the patches adjusted and rebalanced the skills. The simple fact that there were no classes, made you come up with your own stories in your head about who you were and what abilities you should have. 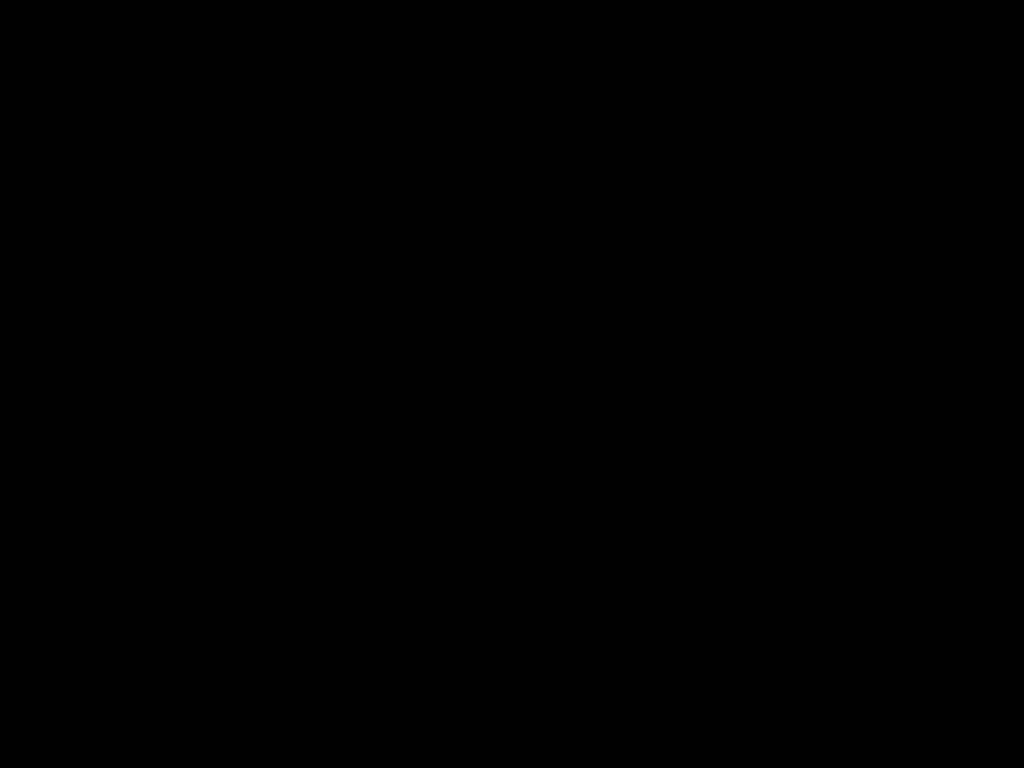 I was a bit too young to partake in a lot of the player versus player the game was famous for, but I was able to have fun none the less. Looking for places to place a house, discovering new magic items on player run vendors, and selling the creatures I had tamed at the Britain bank were just a few of the things I loved to do. I am really interested in creating games that are story machines. The very act of playing them generates stories about what happened during the session. Stories were always coming out of UO and it is perhaps why I like tabletop role playing games so much as well. The game is really driven by the players’ choices and creates unique experiences every time you play. Discovering those surprising treasures are the moments I really seek out in games.

Could you describe some of your favorite games that you worked on and why?

I greatly enjoyed working on Slot Car Island, a digital slot car racing game for Electronic Arts. It was challenging to make a game that was fun and intuitive for the whole family to enjoy. We had a short game loop of three to five minutes and a one button interface to keep the barrier to entry low. Families had a lot of fun crashing into things (especially sheep), as they learned to how to keep their car on the track. Creating the track editing tool was challenging, but it allowed us to quickly playtest changes in the track designs. The artificial intelligence racers I made for the single player mode was the most used feature in the game as my teammates constantly used them to test for new features and bugs. This game taught me a lot about prototyping to quickly validate or disprove potential features. My favorite feature was approved through one such prototype just before our final build, the rainbow rocket shortcut. It is a surprise that never disappoints.

One of my other favorites was Through the Dark. Through the Dark was a story game about a recently blind conductor taking a walk on his own through a subway station. The game uses an Oculus Rift virtual reality headset primarily as a blindfold while you navigate with a walking stick using a Playstation Move controller. Convincing my team to make an essentially pitch black game in a VR headset was pretty tough, but it seemed like a risk worth taking. Part of my pitch that sold them were the pulses of light giving you glimpses of the real visuals when you tapped the walking stick to the ground. After the whole team tried the experience in the headset and could not stop smiling, I knew we were on the right track. We worked hard to get the game working with 5.1 surround sound to complete the immersion and I was very pleased with the results.

How has studying at the Carnegie Entertainment Technology Center impacted your perspective on game development?

The Carnegie Mellon Entertainment Technology Center has taught me that communication and listening are at the heart of everything we do as game developers. Game creation is a collaborative cross-disciplinary process with ideas and work being exchanged daily. Work that cannot be expressed to our peers, superiors, and clients is in danger of being cut, overlooked, or forgotten. Actions which cannot be understood by the players might as well be left out entirely. So it is important to take the time to document our progress to properly update the team on the status of tasks in a way everyone can understand. It is worth taking the time to put together great demos and reference material to get superiors and clients excited about the work being done. Perhaps the most important is making sure the player can fully appreciate the world crafted specifically for them.

On the flip side of communication is listening. It is important to listen to the needs of your teammates lending a hand when necessary or being sensitive to their concerns. You must listen to the needs of your boss and your client even if they are unable to pinpoint those needs in plain language. It also serves you to listen and discover the desires of your players. Satisfying the desires players were unaware of having is a sure fire way to a magical experience. Most importantly you must listen deeply to yourself. Do not let others drive you away from your dreams. Listen closely to what you truly desire and then go out and make it a reality.

What advice would you give to aspirational students looking to get a gaming-related degree?

Find a degree program that satisfies your career and personal needs. These are things only you can discover. You are not going to be satisfied with a school or degree which offers something you do not want. Find a school that provides what you need. Then, throw yourself into it to get the most out of it while you can. If your dream is to work on the next call of duty game, then you probably need a school which can equip you with the hard skills necessary to complete the work and connect you with the studios that make those big AAA games. If you are looking to learn how to innovate through collaboration regardless of a topic, that is a very different educational experience. Whatever you do, take the time to be intentional about the education you are getting. You are paying a lot of money for this education, perhaps more than a mortgage in some cases. Give it the time and consideration it deserves.

Lastly, be open to unexpected turns. There have been many students in my program who were pushed into a role they had never previously considered, and they ended up changing careers. This is more the exception than the rule, but be open to new situations. Look for what you can take from the experience and make the most of your circumstance. While not everything tends to work exactly as you hope, there is quite a lot to be learned if you make the best of every situation. Wherever you find yourself keep looking up and trying your best.

What is your dream job after you graduate? How would you like to positively impact the games industry?

My goal in the games industry is to discover new ways to push the medium. The experiences I want to create are not dreamed up by a single brilliant designer, but grow organically from collaboration with a variety of disciplines, gender, and culture. It requires enough creative freedom to take risks and enough ownership to feel like the decisions made by the individual members of the team can change the course of the project. It also requires the trust of a company willing to support the passion of its employees. That being said, I would be downright giddy to make games at Nintendo. They have a high standard of quality and have a knack for pushing the envelope in some surprisingly delightful ways.