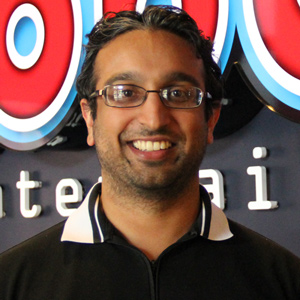 How did you get started in the gaming industry and could you tell us about your journey to Robot Entertainment?

Like any developer, I played games from a young age. I started making some games in my spare time and in classes throughout high school and college. After graduating from Georgia Tech I worked as a consultant for about a year before deciding to put my full effort into pursuing a career in making games.

To that end, I attended The Guildhall at SMU, further honing my game and software development skills. Immediately upon graduating I took a position as a programmer at Robot Entertainment, among other offers. It ended up being an easy decision, because Robot is an awesome place to work and an incredible place to start a career in games, with our history and our core group of veteran developers.

What games have you worked on and do you have a particular game/memory that sticks out as your favorite?

I’ve worked on Age of Empires Online, Orcs Must Die!, Hero Academy, and Echo Prime, as well as several prototypes. I’m currently the lone programmer working on bots for Orcs Must Die! Unchained. 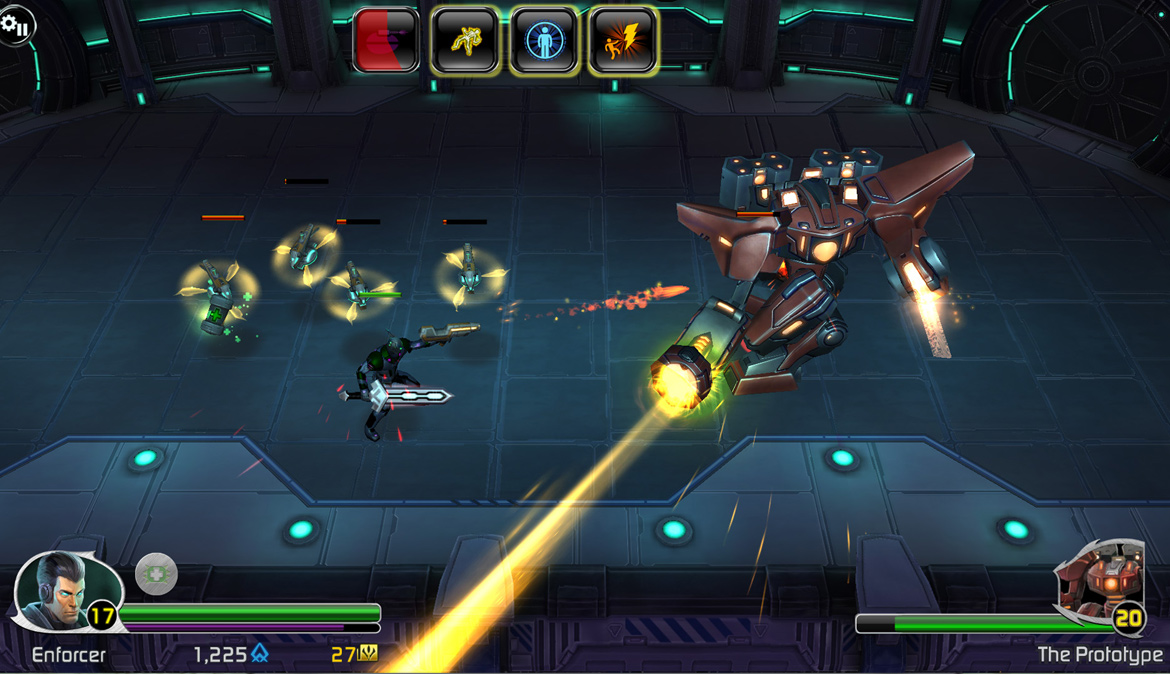 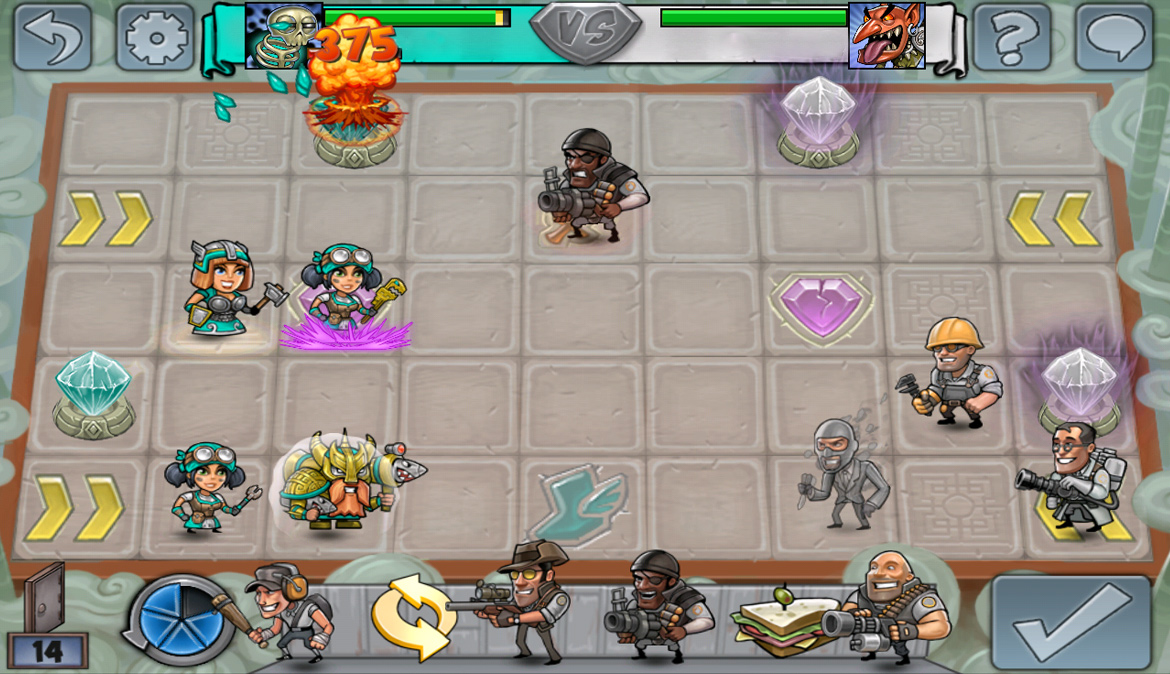 Probably Orcs Must Die! was my favorite, though there have been a lot of great moments and memories throughout. OMD! was our first independent game, and the camaraderie around finishing and shipping it was a lot of fun to be a part of.

We did an all-day playtest to test the game’s progression end-to-end with prizes for fastest times through the campaign, which was a fun break from the regular day-to-day. We also get pretty competitive in-house, which in OMD! meant constantly trying to up each other’s high scores in Nightmare mode.

What are a few of your current favorite games?

My all-time favorite, nostalgia factors notwithstanding, is Final Fantasy Tactics. I really enjoyed the world, the art, and the attachment to my characters because of the progression mechanics.

Do you have any particular ways to stay motivated and creative in the industry?

It’s actually the industry that keeps me motivated and creative! I love seeing what other studios and developers are doing both with new game ideas and with new purposes for games as a medium at a higher level. I knew I would be better at and work harder on something I am passionate about, so that was one of the major factors in choosing to become a game developer in the first place.

The people I work with daily reinforce that passion with their creativity, excitement, and humor. Robot exudes an infectious, fun vibe that permeates the culture and atmosphere.

I also work on projects and games at home with my wonderful fiancée Lori, who’s an artist. We’re both gamers and game developers (she also attended SMU), so working together is a lot of fun. I think our industry has enormous potential, and it’s extremely exciting to be a part of the rising tide!

In terms of particular tactics for staying motivated through the not-so-fun bits, I find two major things to be useful for me. The first is to think about where I want to go. Keeping that end goal in mind helps keep excitement high, whereas getting got up in short-term problems will quickly cause you to put your project down. Think about what the end product will be like, and you’ll find yourself wanting to go work on it.

The second is that I don’t aim for perfect right away. Seeing results is very motivating, but conversely if you spend weeks making a feature perfect without results, that’s a good way to demotivate yourself. Do the easy version, see it on screen, and be proud that you’ve accomplished something and have results in hand (the adage “a bird in hand is worth two in the bush” applies here). This is particularly true when you don’t have deadlines to motivate you!

What are you most excited about in terms of game-related tech or innovations for the future?

There’s not one particular technology by itself that I imagine will change everything, but if you look at the aggregate of everything that’s being done, you start to see an expanding frontier that is legitimately and extremely exciting. I think it will be a blast to see the cross-pollination of virtual reality and augmented reality and board games and video games and robotics and holographic displays and miniatures and sports and audiovisual recognition, among other technologies. For a couple examples, imagine playing a sports game against a friend on a holographic display, or imagine crossing miniatures with robotics and voice recognition—how cool is that?!

In terms of design innovation, I love seeing people exploring new ways to teach and new ways to explore human emotion through games. The artistic side seems very much unexplored to me, but that is rapidly changing. I also think the gameplay and social sides have a lot of room for growth. I think we’re seeing the gameplay side with the rise of indie games willing to do what big dollars won’t risk, and that’s just getting started. Researchers and designers, like Dr. Jane McGonigal, are delving into what games can provide for us socially, psychologically, and as a species. There’s a sort of Manifest Destiny feeling to the frontiers of gaming that we’re getting a chance to witness, so it’s an exciting time whether you’re an observer or an active participant!

Do you have any advice for those aspiring to be in the gaming industry and in your position?

Entering the gaming industry is becoming increasingly competitive as new schools form and more and more young people aspire to create the types of games they loved growing up. However, making games is not for everyone, even if you love playing them, so be sure you have the requisite passion, creativity (even if you’re a programmer!), and drive before pursuing a career in games.

Assuming you have that out of the way, the two most important things you can do to get started in the game industry are work hard, and make games. There are tons of resources available these days, from game engines to books to online tutorials to mod communities. Take advantage of them. Work and learn constantly. Make your own games. Importantly, finish them, with menus and sounds and user interfaces and tutorials and everything else you never think about and don’t want to do. Then put them up for the world to see (especially potential employers). Showing you’re willing to do the little things, work hard, and see a game through from conception to completion is a huge differentiator.

Is there any website/Twitter that any fans can follow you at?

My web address points to my defunct portfolio, which therefore redirects to the SMU Guildhall main page, but eventually/soon I’ll get something put back up there: www.shovaen.com.