Could you tell us about how you started at Big Fish Games and some of the games you’ve worked on?

I've been a professional game developer for over 31 years, and for most of my career I have focused on core PC and console titles (e.g. "Defender of the Crown", "Betrayal at Krondor", "Might and Magic IV", and others). The first ten years were a bit like the Wild West, only instead of scrambling for homesteads we were staking out new niches and genres.  It was a very exciting and creative time, but after that golden age things started to change. Publishers became a critical cog in the machine and as production costs increased many became risk averse, refusing take chances on new concepts or ideas. I still loved my job, but I missed the old days.

In 2004 my wife stumbled across the Big Fish Games site and she quickly became addicted to the many casual games she found there.  I enjoyed them too, and as I explored the casual space I saw glimpses of the old Wild West. Excited, I approached Studio VP, Pat Wylie, about a job.  (We had worked together briefly a few years earlier.) Unfortunately, Pat was looking for a Designer who could program his own titles and my coding skills were not quite up to the task. So, I took a job at an MMO startup called "Secret Lair Studios" instead. 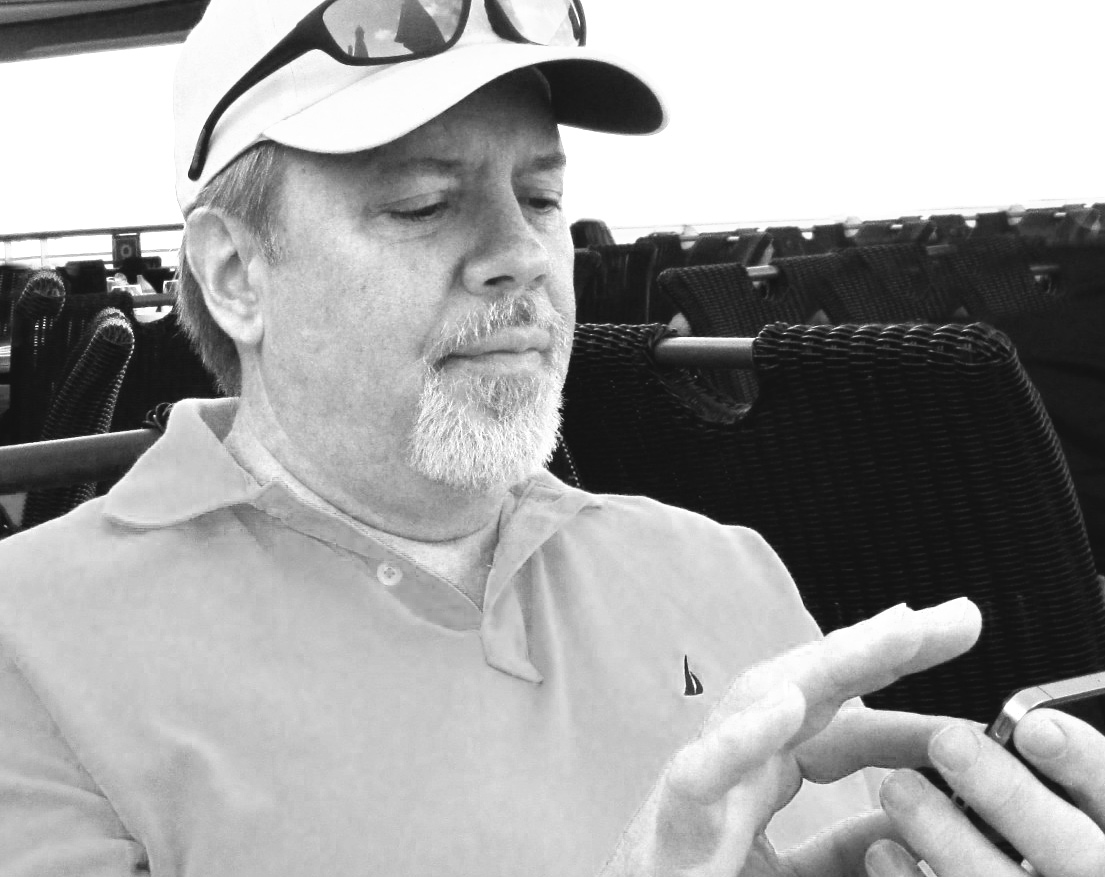 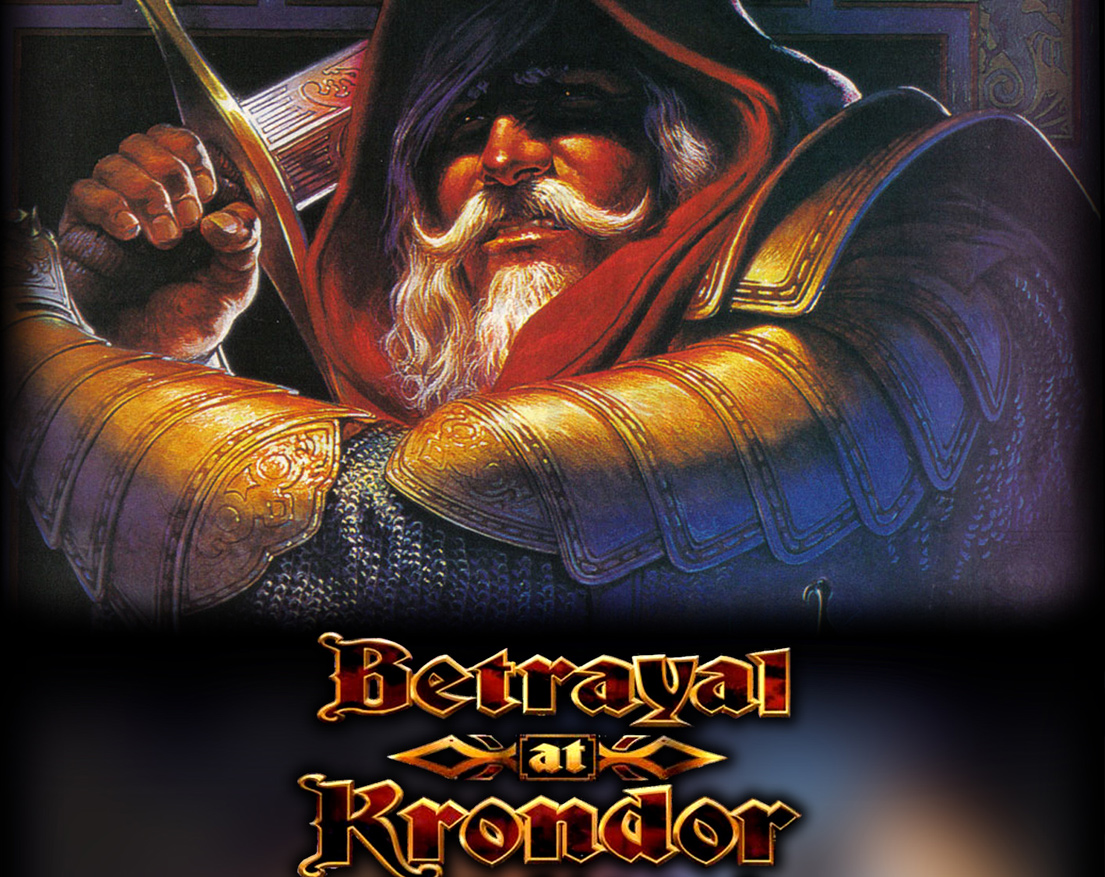 I had only been at Secret Lair for a few months when Pat called to inform me about a new design position that had just become available. I said, "Sorry, I just took another job." But he wouldn't take "No" for an answer and he eventually convinced me to come out for an interview.  As I drove into Seattle I reminded myself that I had always said I would never work downtown, because… you know… TRAFFIC… and PARKING… and, uh… EARTHQUAKES. I actually laughed out loud when I walked into Fisher Plaza and the first thing I saw was a brochure describing how earthquake-safe the building was.

Pat offered me the job and I accepted. I've been at Big Fish Games for over 8 years now and I've designed nearly a dozen games. (Many of my early titles were for an online community site that no longer exists.)  My most popular game is "Fairway Solitaire" and you can find that one on PC, iOS, Android, Win 8 and more! Mixing golf and solitaire doesn't sound great -- like getting sardines in your peanut butter -- but most people really enjoy the game when they play it. Give it a try!

What led you into working in game design?

I've always been pretty creative. While other kids were running lemonade stands during summer vacation, I opened an elaborate Monster Museum and charged admission. During those hot summers my friends and I would head down to my cool basement to play board games and Dungeons & Dragons. Mom would bring us popsicles and we'd play for hours. Those are some of my favorite memories of my childhood.

Unlike my friends, who mainly enjoyed playing all those games, I enjoyed making them, too. In fact, we never played D&D the way it was designed; I re-invented the game and came up with my own rules, adventures and stories.

A few years later I bought my first computer and taught myself how to program in BASIC, which allowed me to start writing games for my friends and I to play. After I bought a Commodore 64 I learned Machine Language and that lead to my first job in the industry… as a junior coder. My boss at the time was a Rocket Scientist… and I don't mean that metaphorically, he actually used to write code for the space program! While I was in one office struggling with my 8-bit 6502 code, he was in the next office learning how to write 16-bit assembly language for Apple's new Macintosh computer. Dan was very mild mannered, and one of the smartest people I'd ever met, so I was pretty disheartened to hear him cursing and screaming at his new computer. On more than one occasion I'd hear the keyboard or mouse slam into the wall beside me, and I remember thinking, "If HE is having that much trouble learning how to program on the Mac there's no way I'M going to figure it out." At the same time I realized that programming is just a means to an end for me. I just like seeing my ideas come to life on the screen.

I've been a designer ever since.

Haha! Which one? I take a bus into work everyday (so I don't have to worry about traffic or parking -- see above) which gives me time to play games on my phone. At night, before bed, I pull out my iPad and play other games. In the evenings, after dinner and everyone has gone to bed, I go into my office and play games on my PC. On the weekends I often hook up my PS4 and play games in front of the big TV.

Who is an inspiration that helps guide your work (whether in or out of the gaming industry)?

Interesting question, but very difficult to answer. I am easily inspired so just about everything in my life is an inspiration in some way. My family inspires me daily, as do the people with whom I work. I've been inspired by things I see walking through Seattle, and by great films and even television shows. I read a lot, so books are a great source of ideas. Great games are VERY inspirational. That's kind of unfortunate because when I play a really phenomenal game I don't want to play it anymore… I want to start creating MY masterwork!

What excites and/or worries you about the current gaming landscape?

I'm very excited about all the platforms for gaming. A few years ago we only had a few, but now there are so many to choose from: PC, console, handheld, phone, tablet, hybrids like the Ouya, interactive television, and of course the potential for VR games on a platform like the Oculus Rift is mind boggling!

When my wife and I got addicted to Everquest a few years ago I remember telling her that when VR became a thing I would just stop going into work altogether. I was kind of kidding but that future is suddenly starting to seem very close. So while I'm tremendously excited about the potential, it makes me pretty nervous, too.

I guess the other thing that concerns me about the current gaming landscape is how competitive even the casual industry is getting. There are a LOT of people out there making games, so every year it gets harder and harder to get noticed.

What is your most favorite game of all time?

I have a LOT of favorites, of course, but if I had to pick just one I would probably have to say, "M.U.L.E." My wife bought me a copy of that game while I was in my senior year at Pepperdine University. I was studying Radio & Television broadcasting, with a minor in advertising (I wanted to make creative/funny commercials), but I had just discovered computers so I was spending most of my time playing games and learning how to program. On more than one occasion my Dad had told me to focus on my schoolwork because I was never going to make a living working on those stupid computer games.

Anyway, my folks were visiting us the Christmas my wife bought me M.U.L.E. and my folks reluctantly agreed to try playing it together. So the four of us sat down on the couch, in front of the TV and my trusty C-64, and we played the game. Then we played another. And another. Over the next few days we spent HOURS playing M.U.L.E. together, laughing, strategizing, and cheering. We still talk about it to this day. After that visit my Dad never said another word about me wanting to make games for a living.

What is a game or piece of game-related that you’re most excited for in the next few years to see and utilize?

As I mentioned above, I'm extremely excited to spend more time with the Occulus Rift and even Sony's VR headset! The best and brightest minds we have are working on those platforms right now and I can't wait to see what they create! Beyond that, I'm looking forward to Naughty Dog's next game -- whatever it might be. Especially excited to see what they can do with the new PS4 platform. Bethesda hasn't announced anything yet, of course, but you KNOW they have to be working on a new RPG. Can't wait to play that, too!

What advice would you give to aspiring game designers?

Game design is a creative skill that is difficult to show off. You can't come into an interview with a portfolio of beautiful art, or demonstrate coding prowess during a test. So I highly encourage designers to become proficient with a good prototyping tool. (I use Fusion 2.5 for quick prototypes, and Gamemaker Studio when I need a bit more horsepower.) Not only is this a useful skill for any designer, it allows you to show off some of your ideas. When I interviewed at Big Fish I made prototypes for not one, not two, but THREE different casual games. They were not all great ideas but I think the people I showed them to were impressed that I put that much effort into my interview.

For designers who are still in college, I recommend a very broad, diverse education. In addition to computer science classes there are so many other useful courses: psychology, history, business, English & creative writing, anthropology, political science, and so many more.

Not really. Just keep checking back at www.bigfishgames.com!