Bonnie Ross is a corporate vice president at Microsoft and head of 343 Industries. She is responsible for defining the vision and leading the Halo franchise. At D.I.C.E. 2017, she’ll be talking about the importance of working with, guiding, and leading communities in a session called “Stewards of a Sci-Fi Universe.” In the interview below, she talks about how her experience with Halo and her lifelong love of Star Trek have shaped her passion to evolve games through community interaction.

At D.I.C.E. 2017, you’ll be talking about what sci-fi communities can do to keep the franchises they love relevant. What’s an example of a sci-fi property that has, unfortunately, been lost over time?

I think world building is a rarefied art form. I think creators who have successfully built meaningful sci-fi and fantasy worlds have established a foundation they can continue to come back to over time and revive, evolve, and transform. I would hesitate to ever say any world has been lost as the world still exists and art is ever evolving.

That positivity is wonderful. Let’s keep going with it. What are some of the franchises that have been served well by their fans?

The obvious and fan favorites are Star Wars, Star Trek, and I love the passion behind the intimate fan base of Firefly. For me personally, while smaller in franchise size, I can’t wait for the next Bladerunner. The original is one of my all-time favorite movies.

The new Star Trek movies have been undeniably successful, yet many longtime fans feel that they aren’t true to the franchise. Do you think conflicts like that hinder the progress of a franchise?

I love Star Trek and grew up with a mom who was devoted to the series, so we all watched it each week from when I was young. I didn’t realize it was in syndication at the time. I thought it was real-time as it never felt dated. I think the Star Trek franchise is over 50 years old and it is pretty amazing that it still has such an intense following. As a Star Trek fan, I know that not every story is for every person. But the universe is for every person and it’s the most important character in the franchise. Like Star Wars, you can tell hundreds of stories in the Star Trek universe which means there is something for every fan, however different they may be. I personally loved the original series and I really liked the Next Generation. I didn’t watch as much of DS9 or Voyager, but more due to where I was in my life and not from a lack of interest. But I’ve seen every movie in the theater and I like them for different reasons -- each appeals to some different part of old, new, or different. From the perspective of one lifetime Star Trek fan, I think they asked for permission to make changes by paying homage to the old. I, for one, gave them permission to change and I’m still on the voyage. I don’t think you can be a 50 year-old franchise and keep everything the same. I think you have to build from your core universe and evolve to keep a franchise relevant. 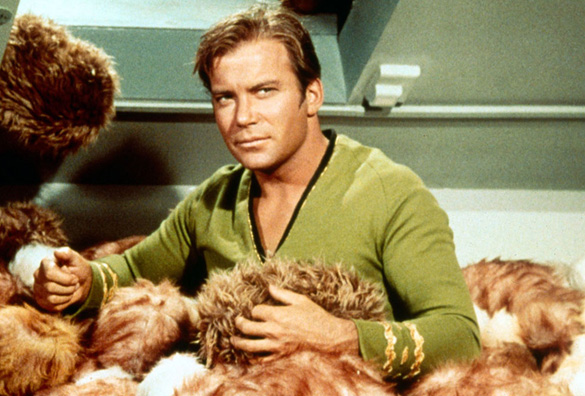 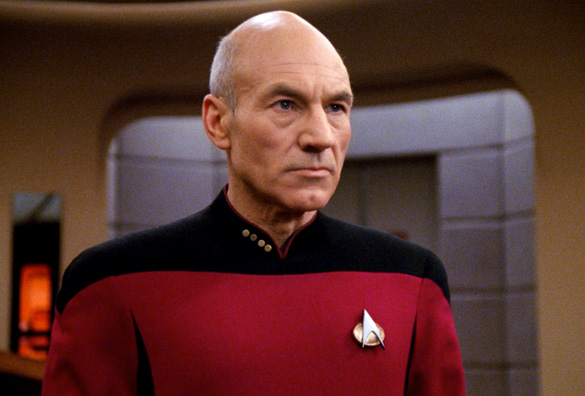 I think the community plays a critical role in preserving the universe. They are the ones who breathe life into it by both playing and contributing to it. I think the most successful franchises see big community contributions through things like fan fiction, user-generated content -- like our Forge mode -- and more. Some of our biggest multiplayer game modes, like “Infection” and “Grifball,” were created directly by the Halo community. For us, we look at the community as a partner and we strive to give them the tools to continue to expand the universe.

How has modern social media changed things for sci-fi fans and the way they interact with creators?

I think social has essentially broken the fourth wall on game creation. Social media has created an intimate relationship with the people who play, cast, mod, create, etc. Social media gives you instant and ongoing feedback like we’ve never had before. It has literally changed the game when it comes to all forms of entertainment…and how everyone approaches life in general.

Are you concerned that social media has given a voice to fans that perhaps shouldn’t be speaking? Is it possible for a vocal minority to hold a community back?

I think we owe it to all of our fans to ensure they have a voice in our franchise. They are the lifeblood of what we do, and if you don’t have the backing of your core fan base, it’s difficult to expand to broader audiences. That said, you do need to find the proper balance of fan feedback and our goals for moving the franchise forward. I think social media makes it both easier and harder to identify problems in gameplay. It is a luxury to have so much feedback, but it also requires extra diligence to really understand and evaluate qualitative and quantitative data, as neither alone are right. It is a huge challenge to put them together and evaluate the big picture.

Halo 4 and Halo 5 have gone in very different directions from the original trilogy. How do you reconcile new fans that love the newer games with older fans that prefer the originals without fracturing the community?

Halo is an epic sci-fi universe and one where we have the luxury of being able to tell a multitude of stories. With each Halo game, we look at the story we want to tell and how it fits into the broader universe. While we certainly look for ways to branch out and innovate, we’re also careful not to lose the core spirit that makes Halo what it is. Fans are our heart and soul, and this universe was built for them. We do listen to fan feedback and I’m really encouraged by the early reception to the story and characters of Halo Wars 2, such as the Brute leader, Atriox.

While it’s often fantastic that videogame fans and sci-fi fans can be so passionate and opinionated, it can also be frustrating. Do you ever find yourself throwing your hands in the air and wishing “can’t we all just get along?” when Halo fans go at it?

Halo is what it is today because of the fans. I think we’d be more concerned if they stopped being so vocal. Halo is about an epic sci-fi story with campaign and competitive and cooperative multiplayer. Many times the audience is different for different modes in our game and thus we always have a lot of constructive feedback. But the fans, communities and their passion keep the universe alive. The 405th Halo costuming community spends hundreds of hours to make costumes, that in some cases, are better than our professionally made ones. Our Reddit Halo community is super engaged, and Team Beyond is an incredibly passionate community specifically around multiplayer.

What are some aspects of other industries and other communities that you’d like to see adapted in the videogame business?

Over the last 10 years, our industry has evolved from what was perceived as more of a niche form of entertainment to leading where interactive entertainment is going. In an industry where technology empowers our art form, I really look forward to seeing the innovations that will impact both how we deliver and how users experience content.