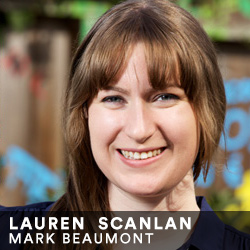 Lauren Scanlan is currently pursuing her MBA in Localization Management at Middlebury Institute of International Studies at Monterey. Scanlan became inspired by localization during her London study abroad, where she found many of the other students played one of her favorite games The Secret of Monkey Island thanks to localization efforts. Later, she quit her job to go to Japan to relearn the language to kick-start her plans on focusing in on localization in games. You can read more about this in Scanlan’s Q&A below.

What was one of the first games you remember playing?

When I was little, I played all sorts of games with my dad - some educational, some not so much.  There's a collection of games we played that have stuck in my memory all together, which includes Lemmings, The Secret of Monkey Island, and Loom.  All three are stylistically so distinctive, and they're games that inspire creativity and humor to complete the challenges.  Of course, I also played copious amounts of Super Mario World (SNES) and The Lion King (Sega). 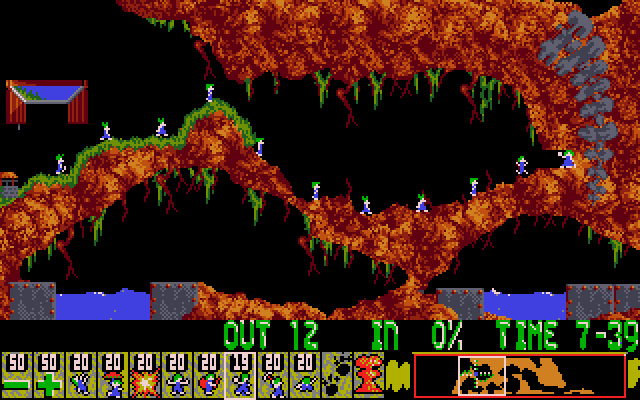 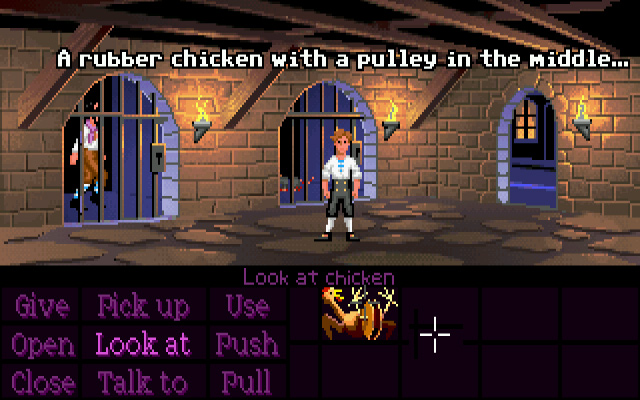 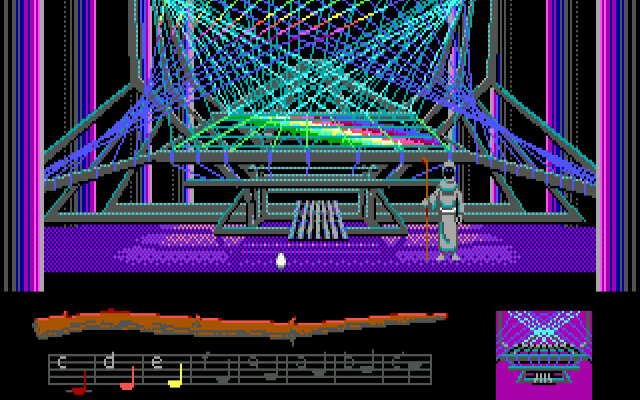 What games and gamemakers most inspire you and your work?

I'm a huge fan of the Atlus team in their work on Persona 3 and (Persona) 4 - those games are such a wonderful balanced mix of storytelling, visual style, and traditional RPG gameplay, not to mention fantastic localization.  They've made every element of the game work seamlessly into a rich interactive narrative, and the localization has made a Japanese experience that could have seem niche and unapproachable truly accessible to a global audience.  I'm also inspired by the storytelling of Team ICO in ICO and Shadow of the Colossus - their "less is more" approach has really stuck with me.  The stories are told not through learning complicated battle sequences or by finding millions of journals - instead, you experience them firsthand, and go from being a stranger to their dreamlike world to being an active participant with an equal share of the credit (and/or blame).

How did you first become interested in game localization?  Could you tell us about your journey so far?

When I first played The Secret of Monkey Island as a young child, I noticed that it had a language-select menu, and I remember being really intrigued by it.  Many years later, when I was studying abroad in London, I made so many friends from all over Europe who had played and loved Monkey Island, and it was all due to localization making it available in their countries.  It made a huge impression on me, though it wasn't until I was actually working in a localization company and doing some game localization that I could maybe make a career of it.  I decided to quit my job and go back to Japan to relearn the Japanese I'd lost since graduating from college, and from there I got involved in the game localization community - I went to GDC and found a home and colleagues in the Conference Associate program; a welcoming community in the IGDA Localization Sig; and a whole new professional world to explore.  I decided to pursue graduate school and do my MBA in Localization Management so I would be well-equipped to make business and strategic decisions surrounding the localization of games.

What do you most enjoy about your program now at the Middlebury Institute of International Studies at Monterey?

Aside from the ability to see seals on my walk to school most days (a novelty coming from Colorado!), I really appreciate the faculty (both professors and advisors) and their commitment to their students.  Most all who teach at MIIS are practicing professionals in their fields, so they keep up-to-date with recent industry developments (which is huge in localization, since technology moves and changes so fast!), and they can give excellent, pointed advice for each student and their particular goals.  It's been such a wonderful experience to have professors treat me more like a colleague than a student, and I've grown leaps and bounds as a professional.

What is one of your most favorite projects that you’ve worked on thus far?  Why?

A friend and I have been working on a research project about the state of the market for visual novels and dating sims in the English-speaking market.  Visual novels and dating sims are very popular in Japan (among other East/Southeast Asian countries), and so originally I started to play them to see what the current localization was like for these games, and what kind of games they are in general (what gameplay is like, how the story works out, etc.).  One of my good friends was also interested in the subject, so we ran a survey to see what the players thought of how things were going - and we weren't expecting the overwhelming amount of data and insightful, constructively critical responses we received.  We've been working on synthesizing the data into a report (and possible talk) ever since, and it's totally fascinated me.  There's clearly so much room to move and grow - not only for localization, but for Original English-Language Visual Novels (OELVN) as well.  I've also been introduced to some great games from this survey, like Long Live the Queen and Christine Love's Analogue: A Hate Story. 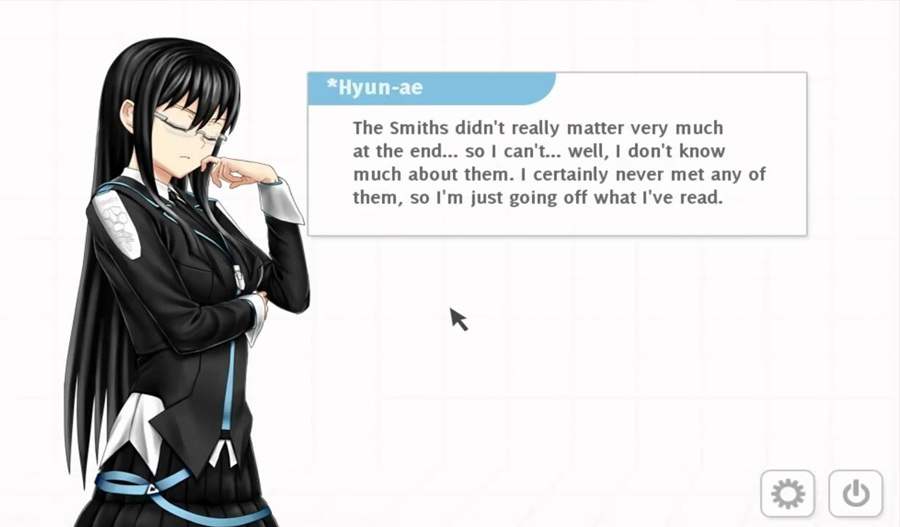 What mark/impact would you like to leave on the gaming industry?

The main impact I would like to leave is to have game industry professionals at all stages in the process keep worldwide fans in mind.  We live in a global age, where the expectation is that games will find their way abroad eventually.  While localization and sim-ship practices have improved, I think international fans often feel like they're an afterthought, and aren't as important.  I want to adjust the thinking of everyone involved in the game development process - from artists and programmers to designers, business development professionals, marketers, and even supply chain managers - to think about the global gaming community from the very beginning.  It means so much to international fans to get it right, and I have every faith that we can get closer to that goal if we all work together.

For anyone else looking to get into localization studies, what are some tips you would suggest?

Get involved!  There are so many ways to learn about localization.  For general localization, Multilingual is a great magazine (online and in print) for the industry, and IMUG (a group based in San Jose) runs meetings and has a wonderful Twitter presence.  For game localization specifically, the IGDA's Localization SIG is very active in terms of posting articles and having discussion about the hows and whys of localization in games.

There are also some great conferences - I'm a huge proponent of conferences, and especially in volunteering for conferences.  Of course, GDC usually has some localization programming and has an annual meetup of the Localization SIG, but there's also a Game Localization conference in the US and Europe (Game QA and Localization), and the big industry conference is LocWorld, which is a traveling conference.  Those are just the ones that usually happen in the US - I think worldwide there are more opportunities as well (GamesCom, for one).

Finally - just know that there are all sorts of roles in localization.  Of course, there are translators and project managers, but there are also account managers, localization engineers, desktop publishing resources, media and digital localization specialists...the list goes on.  There's really a place for every type of skill in localization - and you get the unique perk of working with people all over the world, and making friends in different countries.  It can be a stressful and sometimes challenging job, but it's great for people who enjoy creative problem-solving with languages and games.